Vampires are front and center in the year’s final booster set: Shadow Specters! Halloween horrors abound in this 100-card booster set, with a whole series of new Vampire monsters, spells, and traps. Noble Knights also emerge with new cards including new Xyz and Synchro monsters, a new Knight, a new Noble Arms card, and a card inspired by the Lady of the Lake herself! Even the Monarchs go to a new level with the first of the new, and even more powerful, Super Monarchs! These are just a few of the highlights in this spooktacular booster set! 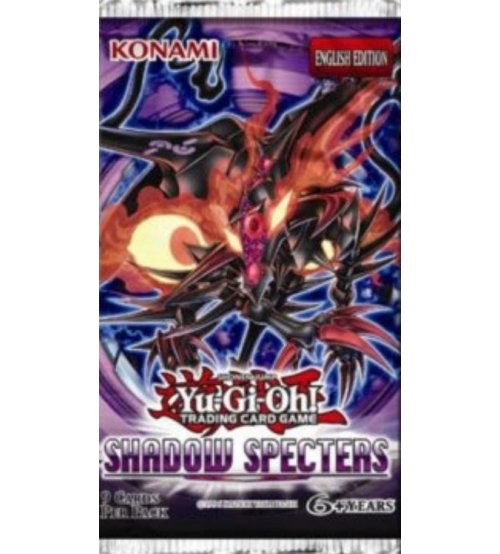