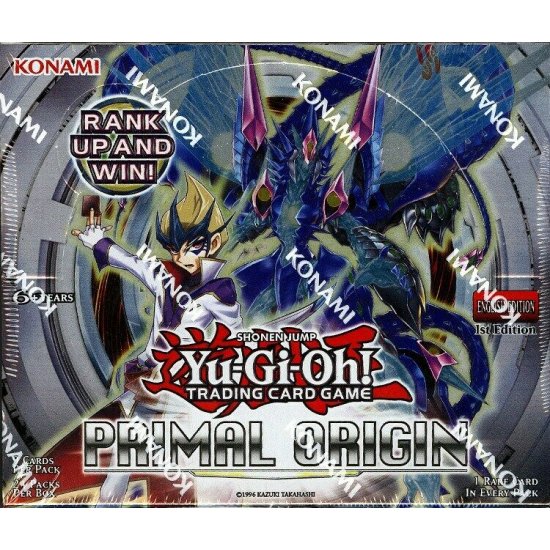 With support for over 20 different Decks, Primal Origin has new cards for everyone, from recent introductions like Noble Knight, Bujin, and Sylvan cards, to cards for tournament staples like Monarchs, Gladiator Beasts, and Dark World. Primal Origin also arms Duelists with new Chaos Xyz Monsters and the most powerful Rank-Up-Magic Spell card to date, Rank-Up-Magic - The Seventh One, a ‘must-have’ card for summoning Xyz Monsters right out of your Deck. Duelists will also be treated to a brand new theme, Artifact monsters, which cripple your opponent if they dare destroy them.

For fans of the animated series, Primal Origin is also the epic conclusion to the Barian War from Yu-Gi-Oh! ZEXAL and features many of the cards seen in the ZEXAL animated series, including those used by the Seven Barian Emperors!