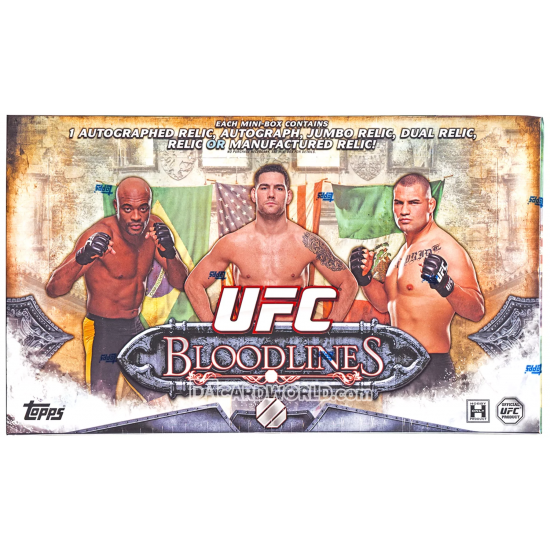 From Argentina to Vietnam, fighters have made their way to the UFC to compete at the highest level inside the Octagon.

2014 Topps UFC Bloodlines celebrates these international combatants and the countries they proudly represent in battle. Every mini-box contains 2 base cards, 1 base parallel card, 1 insert card and 1 hit.

Autographed Fight Mat Jumbo Relics:
Cards feature a fighter autograph and an oversized piece of a mat from one of their fights. Numbered to 25!

2013 Champion Fighter Autograph Relic Book Cards:
Each of the 9 2013 UFC Champions with an autograph and two jumbo relic pieces. Numbered to 3!

Fighter Autographs:
Over 30 fighters autograph a version of their base card. First-time signers will receive a "First Issue" designation. NUMBERED!

2013 Champions Tri-Fold Nonograph Book Card:
All 9 of the 2013 UFC Champions are shown along with their autographs on this unique card.

Bloodlines Dual Autographs:
Pairs of fighters who share the same national heritage are linked along with their autographs. Numbered to 25!

Kindred Combatants:
Two fighters who share a similar fighting style are celebrated on cards that include their autographs. Numbered to 25! NEW!

Bloodlines Sketch Cards:
Each card is a unique piece of artwork, hand-drawn by a Topps artist, featuring the most collectible UFC fighters and personalities. All 1 of 1! NEW!

Jumbo Fight Mat Relics:
Fighters along with a piece of a mat on which they fought. NUMBERED!

Bloodlines Dual Relics:
Fighter duos that share a similar heritage, along with fighter-worn shirts or shorts from each fighter. Numbered to 88!

Historic Battles:
Twenty-five of the most notable fights are featured on cards highlighting both combatants. NEW!

New Guard:
Ten of the most exciting up-and-coming UFC fighters to enter the Octagon! NEW!

150 of the most collectible UFC fighters, including champions, title contenders, fan favorites, and newly-debuting rising stars.

All base cards receive the following parallels, inserted 1 per pack! 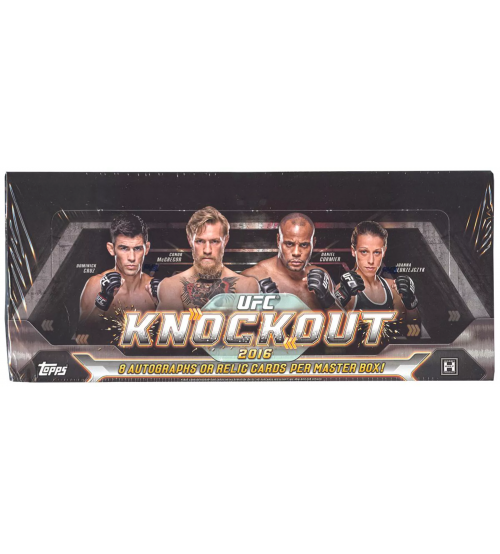 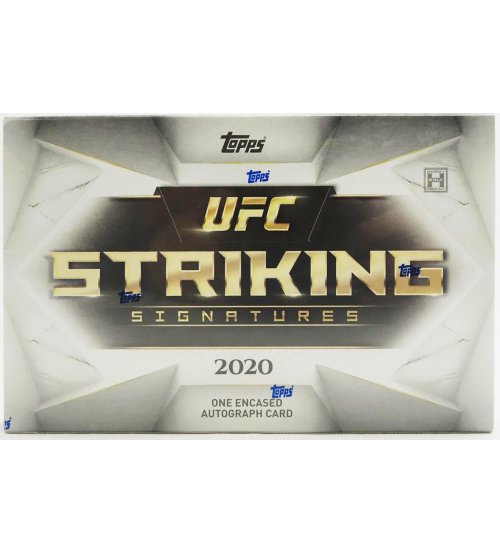