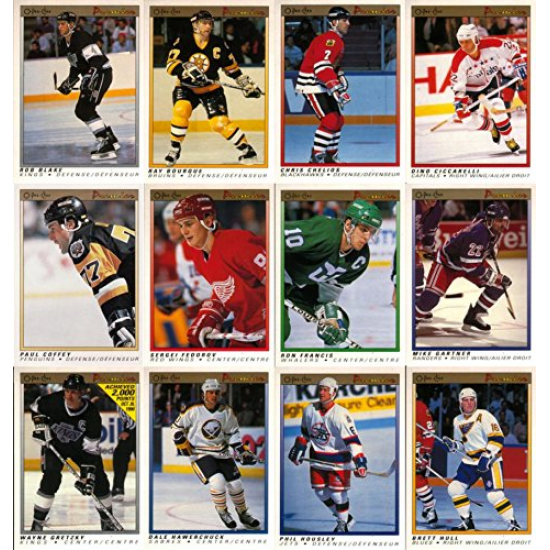 One of the great sets of the early 90's, this set is loaded with rookies of future Hall of Famers!

The 1990-91 O-Pee-Chee Premier hockey set contained 132 standard-size cards. The fronts featured color action photos of the players and have the words "O-Pee-Chee Premier" in a gold border above the picture. Border colors according to team framed the photo. Horizontal backs contained 1989-90 and career statistics. A player photo appeared in the upper left hand corner. The checklist was numbered alphabetically. 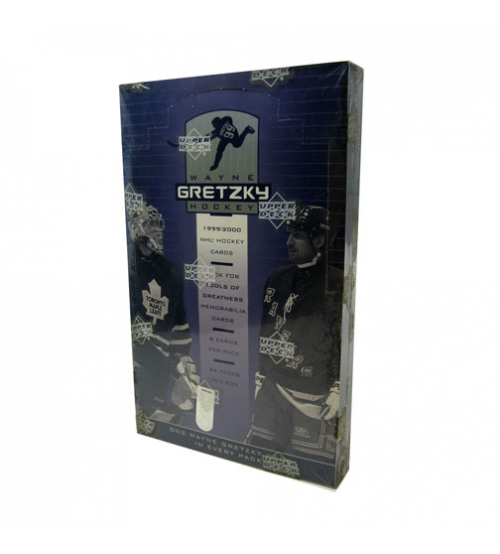 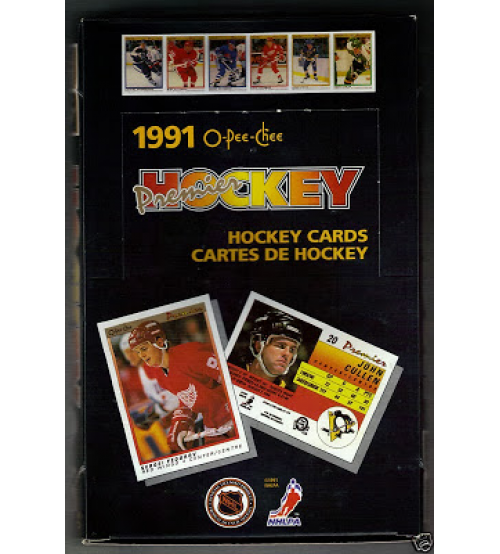