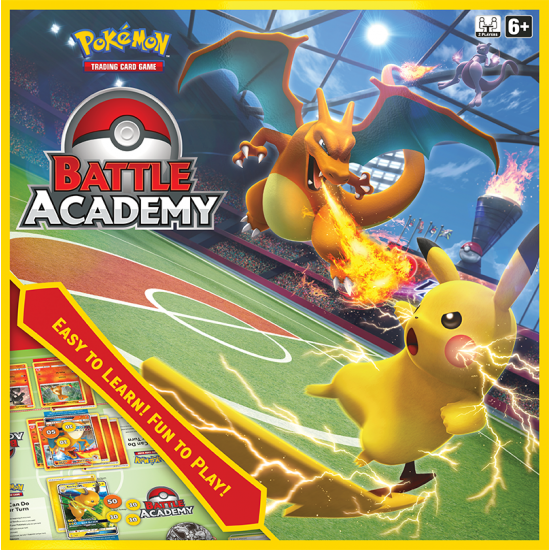 Whether you want to learn to play the Pokémon Trading Card Game or you want to have a fun family game night, the Pokémon Trading Card Game Battle Academy is a fantastic way to get started. The Battle Academy has everything two players need to play, starting with three complete Pokémon TCG decks. These 60-card decks feature powerful special Pokémon to heighten the fun of battle—you'll find decks that feature Charizard-GX, Raichu-GX, and Mewtwo-GX.

The Pokémon Trading Card Game Battle Academy comes with a sturdy two-player gameboard to make playing the game easy. You'll find a rulebook and two tutorial guides for the included decks that will help improve your game. There are also some useful accessories: a large metallic coin and a set of damage counters.

You can choose Charizard or Pikachu to lead your team in a heads-up battle against another Trainer. Then, switch up the decks to play Mewtwo against Charizard or Pikachu, and lead a different team of Pokémon into the arena! With a little strategy and a little luck, you can battle with the best! 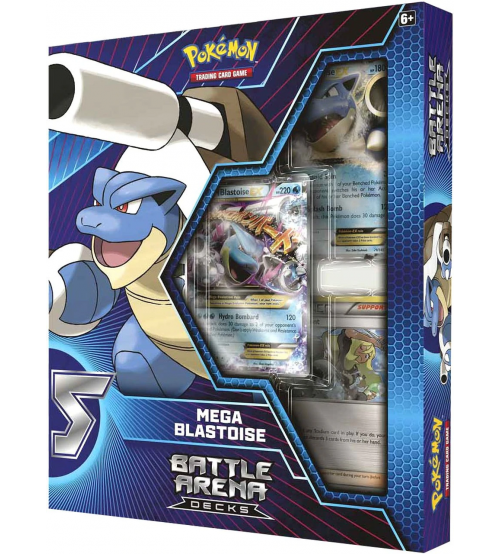