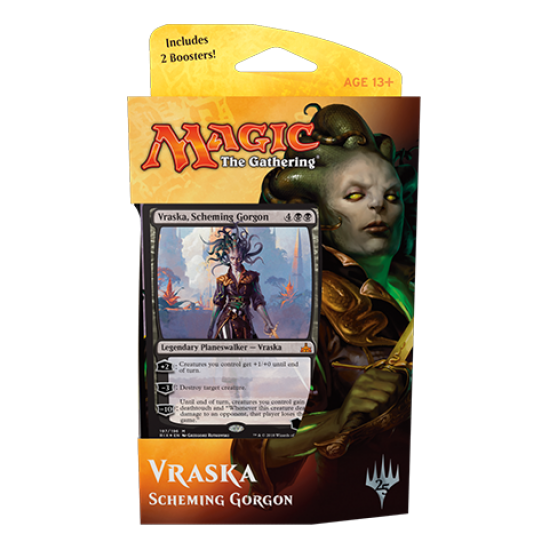 The mysterious Planeswalker Vraska wields a suite of deadly spells that suit her gorgon nature. She specializes in assassination, stealth, and petrification—and she likes to take souvenirs. The dragon Planeswalker Nicol Bolas has hired her to come to Ixalan and find the Immortal Sun. Of course, if she fails in this mission, she will be trapped on this plane forever. 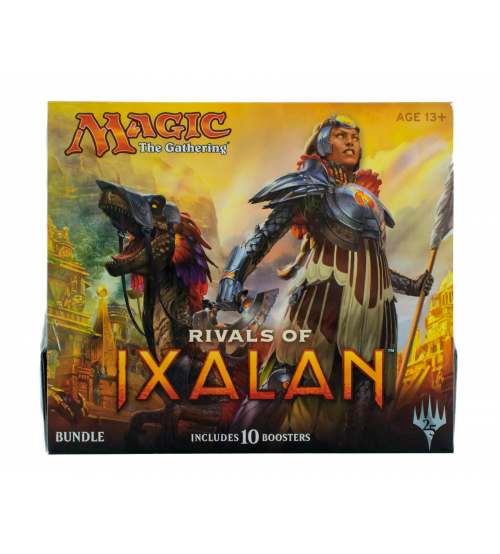 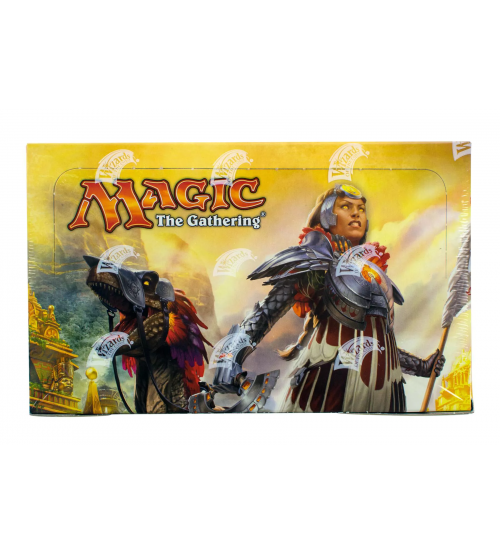 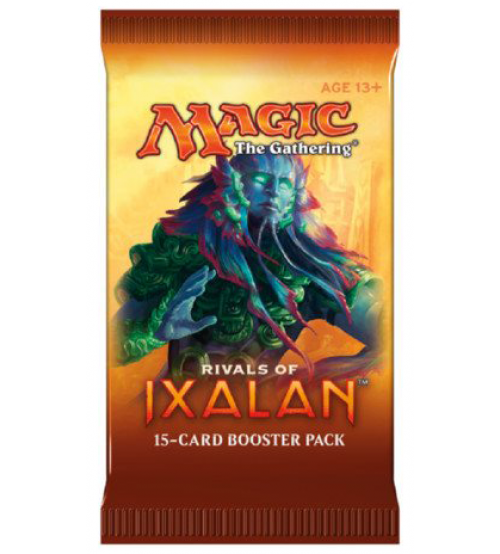