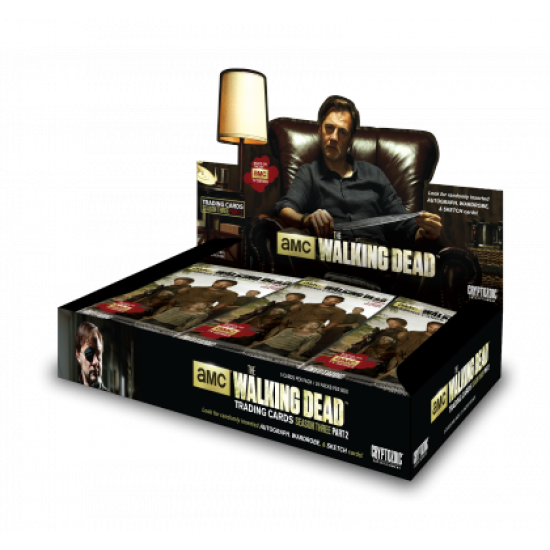 In this uncertain, apocalyptic world, Rick Grimes (Andrew Lincoln) and his band of survivors must not only fight the dead, but also face a whole new fear: the living. Another group of survivors is not far away, led by a dangerous and powerful man, the Governor. The Walking Dead Season 3 Part 2 trading cards focus on the Governor and the survivors living in Woodbury. Collect every intense, nail-biting moment as Rick, Daryl, and Michonne stand-up to the Governor and his plot to steal the prison. Look for randomly inserted Autograph, Wardrobe and Sketch cards.

AMC's The Walking Dead has released their season three trading cards. This hobby box contains 5 cards per pack, with 24 packs per box. 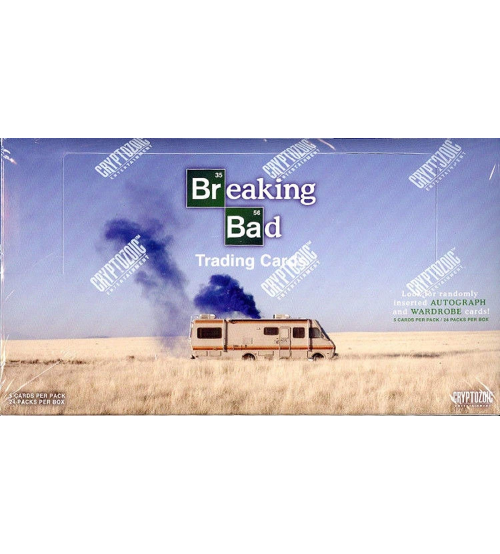 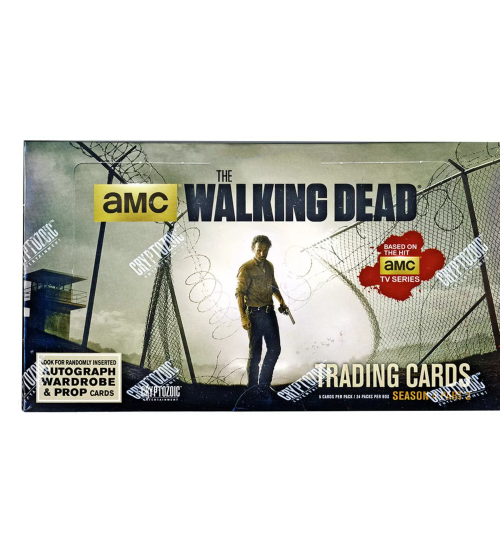 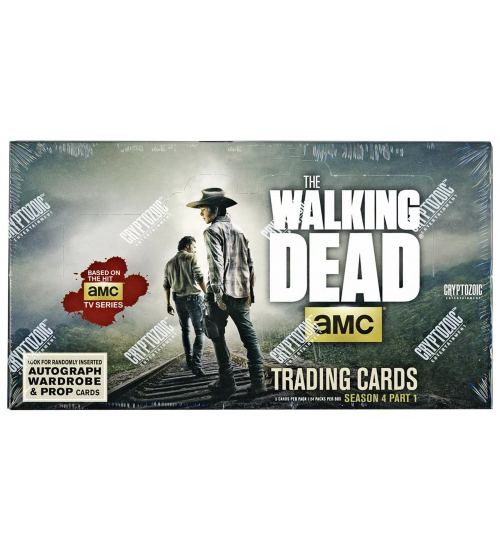 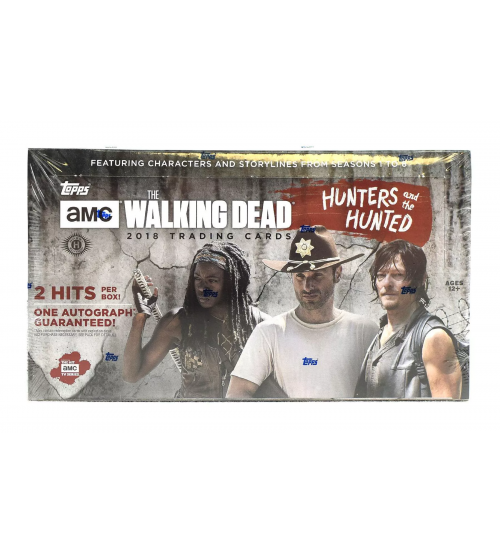